A Memory from My Past 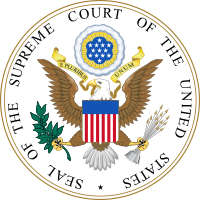 I’ve written about government and freedom quite a few times, but recently I remembered taking a political science class back in high school. I don’t remember much from that class honestly–sorry Professor–but what I do remember is something that’s very important.

One task of the class was to perform a mock supreme court case. I did a horrible job. Why was that? Because I didn’t have a good point or had poor speaking skills? No. The reason was because I used emotional arguments and discussions of right or wrong. I was basically told that right and wrong had no place in determining the validity of a law; only whether the wording of the constitution supported or opposed the law.

At the time I took the professor at his word and didn’t really think about why that was or should be the case. Over time however it started to sink in as I started to ask other questions: why should we follow laws in this country and why should the government behave in a certain way? The answer is simple. The American citizens and leadership agreed on a foundation by which all laws and governance are to be judged: the constitution! As long as we accept the validity of the constitution, then all the laws and governance judged based on the constitution are valid. Since governments do not have any natural powers it is only because we have temporarily given power to the government that it has any at all.

So then what happens when we decide to ignore the wording of the constitution and instead rely on what we think is right or wrong? Well, first our consensus that the constitution is valid disappears. After that, the laws and governance which we consider valid cease to be so. In fact, the validity of all new laws and governance ends up having no basis. The entire structure of the legal and political system would begin to break down and drive us at high speeds into unknown and most likely chaotic territory.

We already see that happening here. Slowly but surely the validity of the constitution has been bastardized. More and more we’re “interpreting” the constitution based on right and wrong. However as we continue to invalidate the constitution, the laws are getting worse. Now we have issues such as indefinite detainment without charge, the Patriot Act, attempted restriction of speech through SOPA et al, and a massive push for restrictive gun laws. We also see increasing centralization of control within the White House. Congress is losing decision making authority and pretty soon may have next to none.

I’m happy and sad that I can see this. I am happy in that perhaps I can help to change the situation. I am sad because I fear that I may not be able to do so. However, I thank the professor who first gave even the slightest glimpse of insight into this topic and I thank myself for making the mistake in my argument that I did. Perhaps the mistake that I had made was the best possible outcome of the situation.

1. The Constitution Applies to Government, not People