There are often attempts to legislate the morality of a group of people. These attempts almost always fail and usually result in an even worse situation.

It seems that every so often people think that morality of a group of people can be legislated, this includes using legislation to push or block religious doctrine. Now of course sometimes this works out pretty well. Other times it ends in complete failure or only seems to succeed. What are the key differences between the situations in which such legislation works and when it does not?

Maybe this is just my interest in cultural anthropology showing through, but one of the biggest factors involved is simply culture. Skimming through information about different cultures around the world shows that culture is incredibly powerful. It can drive people to do something that makes no sense just because that’s what is expected or prevent people from doing something that makes perfect sense from an outside perspective. There are many extreme examples including ritual suicides such as Sati and Seppuku.

So now that it’s somewhat apparent just how powerful culture is, perhaps we can get a grasp on why some legislation of morality seems to work and others don’t. We can look at a few separate cases.

The Prohibition of Alcohol

The prohibition of alcohol is one of the most well known failures in attempting to legislate morality. The prohibition was incredibly destructive to American society. In fact, the very existence of a powerful mafia in the United States was in part due to the prohibition. It was the illegal production and sales of alcohol that funded the mafia, without it, people like Al Capone never would have been able to accomplish what he did. On top of that, it obviously wasn’t effective. There was plenty of alcohol consumption during that time, and in fact the elites had direct access to well produced alcohol. Meanwhile the middle class often consumed poorly made illegal alcohol which was far more dangerous.

To a lesser extent, lingering effects of the prohibition continued until recently. For a long time, America was considered a producer of, well, horrible beer. It was some of the worst brew imaginable. This is because all the great breweries of the past had been pretty much devastated by the prohibition. Luckily with the lift on restrictive regulations, the beer industry in America began to flourish and we now have some wonderful styles of beer. Yet even now America still hasn’t completely gotten finished its attempt to control alcohol production. One of the last remnants of the prohibition can be seen in moon-shining. Of course, the primarily reason for the restrictions on moonshine, like many other restrictions, really comes down to money. Moonshiners cost the government lots of tax revenue that can be obtained from legal alcohol producers.

Like the prohibition, the war on drugs has been a dismal failure. There is still widespread drug use, and in fact, the types of drugs in use have become increasingly dangerous. The war on drugs is what keeps the drug cartels in South America in business. It’s also what keeps prison populations so large. Nearly one quarter of all prison inmates in the United States were imprisoned due to drug related charges. The number of inmates that are in prison due to drugs is actually far higher than that because many people once released from prison see little choice beyond moving to a life of crime, since even though drug use is a non violent crime, a person is still labeled a felon. This makes it very difficult to find a job.

This fact also connects the war on drugs to violent crime rates. Poverty and drug use are interconnected as are poverty and violent crime rates, including firearm related homicides. In this way, rather than helping to protect people from harming themselves, the actions of the government have once again caused a degradation of the state of this nation. Of course, just like alcohol control, much of the war on drugs comes down to money rather than a desire to help people. High prison populations means an excuse to draw money from the middle class and pump it into government run prisons. 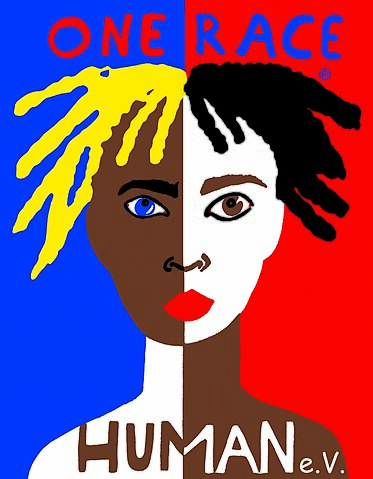 So how did the act manage to perpetuate racism  when it specifically states that discrimination based on race is prohibited? There are two reasons: continued mention of race and pushing bigotry into the shadows.

Additionally, the Civil Rights Act, as it applies to non governmental entities, is a violation of the fifth amendment. No person shall be deprived of life, liberty, or property, without due process of the law. People have a right to choose whether or not to engage in economic transactions with others, both in general, and in specific cases. This right is protected by the fifth amendment, and therefore the application of the CRA is a violation of the constitution.

Now many people think that this is great since there are so many races in the world, right? No. There are not multiple races around the world. There is only one race, at least biologically speaking. The human species is too young genetically to have produced clear divisions between populations, and it’s unlikely that such divisions will occur now that we have globalization.

So when people talk about race, to what are they referring? Well basically they’re referring to culturally constructed divisions that seem to exist between groups of people but are really just arbitrary divisions. Instead of a “black race” what we have is an “African American” subculture. That subculture is perpetuated by the false notion that everyone within that group belongs to a single racial class. Genetically, many of the people within the “African American” population are as genetically distinct as people from Europe and India and in fact many may be even more genetically diverse.

Much in the same way that prohibition pushed alcoholism into the shadows and the war on drugs has pushed drug use into the shadows, the Civil Rights Act pushed bigotry into the shadows. This is why crime, prison, income, and poverty demographics are the way they are. It’s far easier to confront racism when it’s out in the open. However once it’s pushed into the shadows, it’s often difficult to tell whether or not something is even racism, or even notice it at all.

So we can see that time and time again, attempts to legislate morality, when such legislation conflicts with cultural norms, simply fail. This is the case, even in situations where they have been purported to succeed! So is it possible to change the state of the country? It is possible to reduce the amount of harm that people cause to others or to themselves? Of course it is, but simply throwing laws at the problem isn’t the answer. Slowly shifting the cultural stance on various topics is the way to go. Replacing the high from drugs with a high from sports, meditation, and other activities will reduce the amount of drug use. Removing the culturally constructed concept of race from the nation will lead to an end to racism. These ideas will take a lot of time, but it is the only way to make real progress. Anything else is just a feel good measure.