Many people feel that China is a safe investment. This is certainly not the case. In the long run, India has far economic potential than does China.

[extoc]First let me note that I am not a financial adviser and am no way an expert in investing. I am simply putting out my opinions on the matter; any risk taken is entirely on you.  Now continuing to the main point of this post: “China’s the great super power of the future.” I hear this rather often. There are definitely merits to such beliefs, but I still think that in many ways it’s a misguided belief. China has made many mistakes which may have caused irreparable damage. One of the largest issues is the one child policy, which was put in place partially to control ballooning population growth. 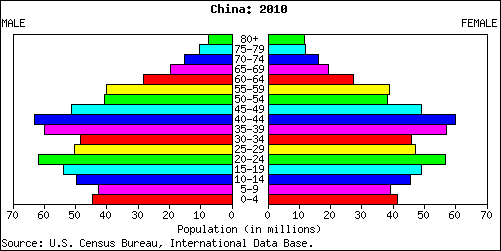 As of 2010, the age distribution in China has been in a contracting phase with the majority of its population being over 40. Between China being a highly socialized nation as well as being a nation where children take care of their parents, it is going to become more and more difficult for the nation to handle its aging population. If there isn’t a quick turnaround, pretty soon a very small number of young workers are going to be supporting a high number of elderly Chinese and that’s not going to bode well for a good economy.

On top of the effect on the population distribution, the one child policy has also left the Chinese population very arrogant and self absorbed. Americans are generally considered some of the most selfish people in the world, but honestly it could pale in comparison to the result of each family’s child being treated as a “Little Emperor”. These children are not going to be able to interact with each other in the same way as children who have grown up with siblings. This is going to put them at a major disadvantage in the local and global business market. 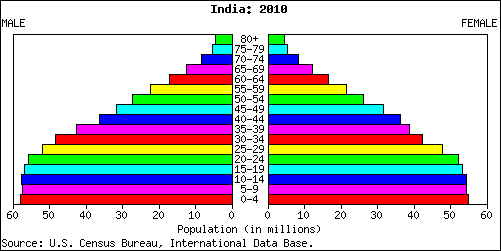